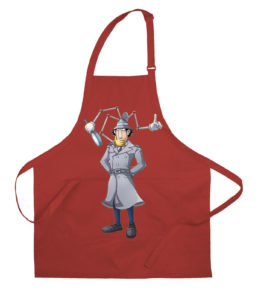 For someone who lives in a modest Brooklyn apartment, I collect kitchen items as if I own Martha Stewart’s personal kitchen. Of course I’ve never seen Martha’s digs, but I imagine her cooking nook is as large as my entire abode.

Some of my cooking doodads do elicit appropriate ooohs and aaahs of admiration, but many have been denied the respect that they so rightly deserve. Which is to say, I’ve been mocked mercilessly (often by my own partner) for owning not only unnecessary, but “ridiculous” gadgets. Here are ten maligned items that I will shamelessly defend.