How to Enjoy Comic Con as a Cosplayer’s Sidekick 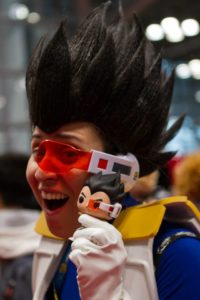 Cosplay, or for the nongeek layman the art of dressing up in costume to represent a character from popular culture (movies, video games, anime, books, etc.), is one of the best parts of any major comic conventions. The sheer creativity that goes into replicating or interpolating the looks of a character — whether it’s classic, blockbuster, or obscure — is downright awe-inspiring.

I’m always psyched to hear Taran’s character wish list, then I get to watch as it all comes to life right in front of me. Once in a while, I’ll jump onboard, of course. More often than not, though, my desire to be 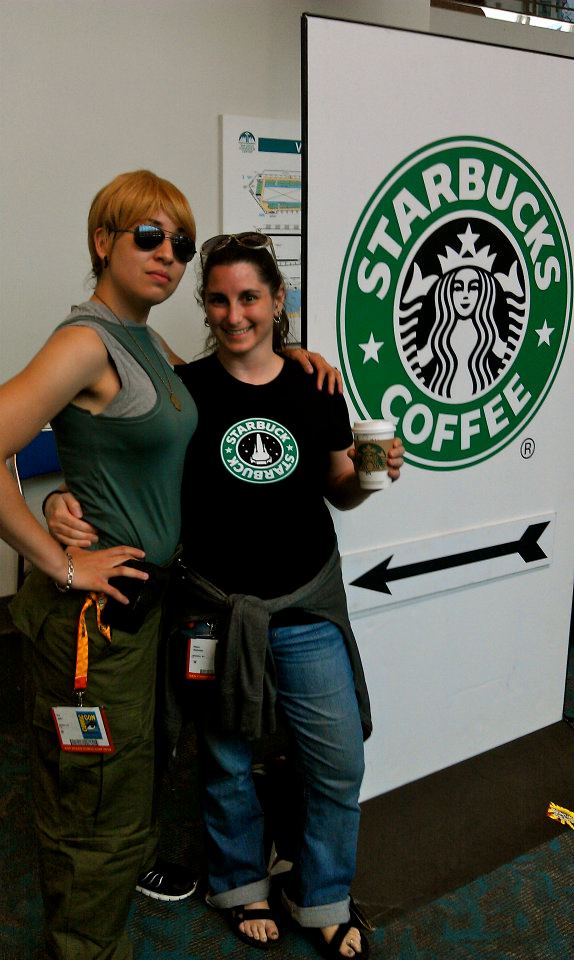 Still, accompanying someone in costume when you’re not has its own challenges. Here are a few tips for my fellow cosplay entouragers.

1. Do Make an Effort
Whether it’s a silly, simple t-shirt or putting on a few accessories to represent a secondary character, it will make you feel like you’re a part of the event rather than apart from the event.

2. Use Flattery to Your Advantage
Suggest that the world beyond the con deserves a glimpse at your cosplayer’s greatness. It’s true, of course. It also happens to be a sneaky way to avoid spending time in the bathroom line and subsequently having to hold their street clothes all day.

3. Multitask
One of the advantages of stopping every five feet while your cosplayer poses for pictures is that you can browse the booths, and even squeeze a little shopping in.

Get into the spirit of your cosplayer’s character and be on the lookout for great photo opps. Directing is an art form in and of itself, after all. While you’re at it, make sure you find some cool spots be the one in front of the lens, as well.

After a lap or two around the exhibition floor, suggest setting up a centralized HQ in the concourse. Spare yourself and your cosplayer a bit of jostling for a while and let those shutterbugs come to you. This also gives you an opportunity to drop the bags and split off for a few minutes. Head over to the overpriced snack bars, grab a bite, then cop a squat back at HQ and enjoy the photo show! 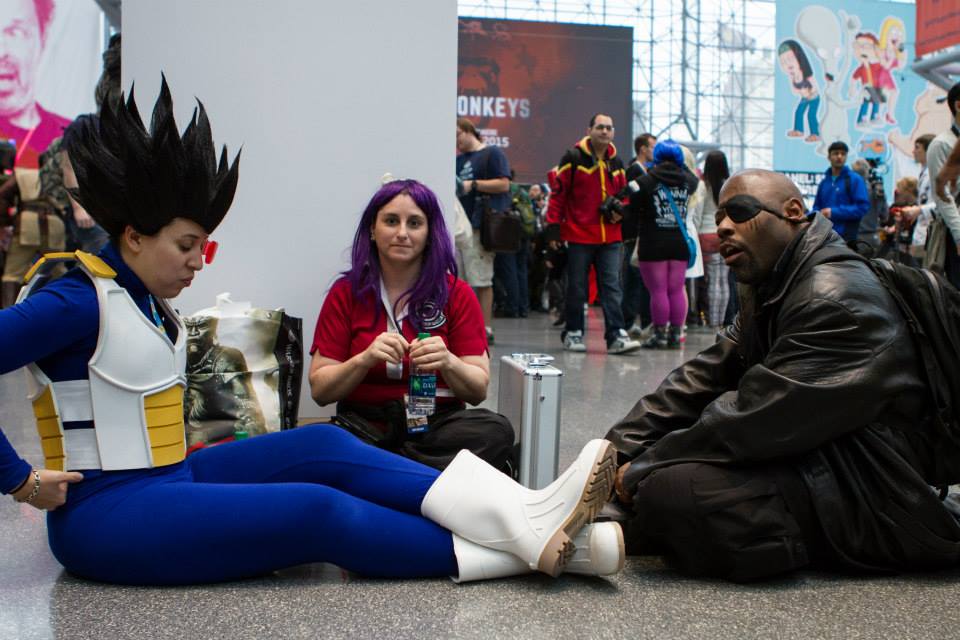