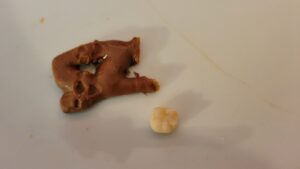 Here’s the thing about arrogantly declaring that it doesn’t count as visiting a state unless you have a real experience in it: The universe is a fickle bitch.

It’s now midnight Dec. 15, 7 hours until our car service will pick us up to bring us to JFK from which we’ll fly to Hawaii. About two hours ago, I opened a wonderfully thoughtful gift from my wife. Curly Wurly candy bars (known in the States as the long-retired Marathon Bar) are my favorite candy bar in the world. So, of course, I tore into one immediately. Apparently, a crown from a tooth on the lower left side of my mouth saw its opportunity to escape and took it.

In the hours since, we’ve called all kinds of shady 24-hour dental services. They say 24 hours, yes, but what they mean is that someone will answer the phone to tell you that you can’t have an appointment until tomorrow.

We tried to reschedule the flight and hotel. I was on hold for over an hour, transferred twice and rebuffed by what I suspect was a chatbot pretending to be human.

Taran’s just returned from Ubering over to a 24-hour drug store to get me temporary adhesive because we already parked our car on the driveway in front of the neighbors and we didn’t have the heart to ask them to move it 2 more times tonight.

So, we will fly as planned to Hawaii later this morning. I will eat and drink only room-temperature stuff. And as soon as we land, we will be seeing the dentist that I just booked a 6pm appointment with.

Did I mention the weather indicates rain all week? Yeah, there’s that, too.

Nevertheless, I’m psyched as hell to be kicking off my 50 state tour. And I consider myself lucky that I didn’t wait until we were on the plane to crack open one of those delicious, destructive treats. 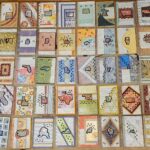