The Robin stocking was an improvisation based on this pattern. The yarn was significantly thinner than the example, and required many more rows until I could begin the heel. And I decided to use a spectrum yarn instead of solid color, so I left the decoration off. The body is double crochet beginning at the toe with a magic circle. The cuff is a tight single crochet. The loop is one row of single crochet.

The Taran stocking was an improvisation based on this pattern. I followed it for the most part on the body except for varying the coloring in each hexagon. I added the cuff, where I mixed single, half-double, double and treble stitches to even out the zig zags. Then I single crocheted a strip in red to better attach the cuff to the body. The loop is two rows of single crochet.

If I had it to do again (and maybe I will), I’d make each sock a little wider, I would make the Robin toe solid portion bigger and I would be more consistent with the actual patterns of the hexagons, but still alternating colors. 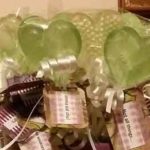