As much as I would enjoy the new “Tomb Raider” and inflatable kayak that are among the items on my Amazon wish list, I would much prefer that my marriage be recognized in all 50 states, that my Jewish last name not inspire “alt-right” nazis to spray paint swastikas on my house and car and that my mixed-race wife not have the n-word or other hateful epithets directed at her.

I prefer that our government work toward reasonable gun safety and environmental responsibility rather than corporate loopholes and billionaire tax breaks. I prefer that we treat people seeking a better life in our country with dignity and people overcome with lonely desperation with kindness. And I prefer that women and girls be protected and free from pay gaps, rape culture, and reproductive laws.

Given the current socio-political climate in America, I am not confident that these preferences will be honored. In fact, I’m concerned that what progress has been made in the last few decades will soon be undone. Therefore, I have compiled a list of charities that I believe will work to counter-balance the hatred and violence we’ve been seeing the last few weeks and the unconscionable policy decisions we will be seeing in the next four years.

Inspired by my big-hearted, big-brained buddy Matt Blank, I present a list of charities that align with my world view. I know I’m too late for some of my shop-happy, over-achieving family members, but if anyone is planning to but has not yet purchased a birthday or Chrismukkah gift for me, please consider donating to one of these groups instead.

Clicking on the name of the organization will take you directly to the donation page. Tax deductible status is followed, if applicable, by a grade from Charity Watch. Be sure to check with your employer to see if they’ll match your donation!

American Civil Liberties Union | Not Tax Deductible | A-
“People across the country are coming together to stand up for what they believe is right. Take your stand—help us as we:
Defend free speech and the right to protest
Fight relentless attacks on reproductive freedom
Reform our racially-biased criminal justice system
Join the ACLU today and protect our hard-won rights.”

Southern Poverty Law Center  | Tax Deductible | n.a.
“Your tax-deductible gift will help win justice on behalf of those who have no other champion, expose and fight the hate that thrives in our country, and provide tolerance education materials free of charge to schools across our nation. Your year-end gift will also be matched dollar-for-dollar – up to $800,000 – by a small group of very generous SPLC supporters, allowing your contribution to go twice as far in the fight against hate and injustice.”

Center for Constitutional Rights | Tax Deductible | A-
“The Center for Constitutional Rights is dedicated to advancing and protecting the rights guaranteed by the United States Constitution and the Universal Declaration of Human Rights. CCR is committed to the creative use of law as a positive force for social change. We do that by combining cutting-edge litigation, advocacy and strategic communications in work on a broad range of civil and human rights issues…”

NAACP | Tax Deductible | A-
“Our mission is to ensure the political, educational, social, and economic equality of rights of all persons and to eliminate race-based discrimination. And we’ve been doing it since 1909.”

Sierra Club | Not Tax Deductible | A
“Founded by legendary conservationist John Muir in 1892, the Sierra Club is now the nation’s largest and most influential grassroots environmental organization — with more than two million members and supporters. Our successes range from protecting millions of acres of wilderness to helping pass the Clean Air Act, Clean Water Act, and Endangered Species Act. More recently, we’ve made history by leading the charge to move away from the dirty fossil fuels that cause climate disruption and toward a clean energy economy.”

Earth Justice | Tax Deductible | A
“This is a country of strong environmental laws and now more than ever we must use the power of the law to fight those who would harm our communities, our climate, and the natural world we value so deeply. Earthjustice has spent the last 45 years fighting the toughest legal battles of our time and we will not back down now. We will continue to uphold human rights and justice for all.”

National Resources Defense Council | Tax Deductible | A-
“Our mission is to safeguard the Earth, its people, its plants and animals and the natural systems on which all life depends.”

Everytown for Gun Safety | Not Tax Deductible | n.a.
“Everytown is a movement of Americans working together to end gun violence and build safer communities. Gun violence touches every town in America. For too long, change has been thwarted by the Washington gun lobby and by leaders who refuse to take common-sense steps that will save lives. But something is changing. More than 3 million mayors, moms, cops, teachers, survivors, gun owners, and everyday Americans have come together to make their own communities safer. Together, we are fighting for the changes that we know will save lives. Everytown starts with you, and it starts in your town.”

Brady Center to Prevent Gun Violence | Tax Deductible | n.a.
“The mission of the Brady organization and its Million Mom March is to create a safer America by cutting gun deaths in half by 2025. Brady’s Unique Approach:  Of the 32,000 people who die from gun violence in this country each year, how many could be saved? Brady has announced the bold goal to cut the number of U.S. gun deaths in half by 2025, based on an innovative and exciting strategy that centers on the idea of keeping guns out of the wrong hands through three impact-driven, broadly engaging campaigns: (1) a policy focus to “Finish the Job” so that life-saving Brady background checks are applied to all gun sales; (2) to “Stop ‘Bad Apple’ Gun Dealers” – the 5 percent of gun dealers that supply 90 percent of all crime guns; and (3) to lead a new national conversation and change social norms around the real dangers of guns in the home, to prevent the homicides, suicides, and unintentional shootings that happen every day as a result.”

National Immigration Law Center |  Tax Deductible | n.a.
“The outcome of the national elections will likely usher in changes for our country, and there are alarming signs that concrete steps are already being taken to turn the ugly rhetoric we witnessed during the campaign season into reality. The National Immigration Law Center will fight against unjust new immigration laws and policies at every turn, using the courtroom if necessary. We will not back down. We will not stop fighting for justice and dignity for all. Join us!”

Mexican American Legal Defense and Educational Fund | Tax Deductible | n.a.
“Founded in 1968, MALDEF is the nation’s leading Latino legal civil rights organization. Often described as the ‘law firm of the Latino community’, MALDEF promotes social change through advocacy, communications, community education, and litigation in the areas of education, employment, immigrant rights, and political access. The importance of MALDEF’s work as the law firm for the Latino community is greater today than ever before. MALDEF staff attorneys are at the forefront against divisive and unconstitutional anti-immigrant measures in legislatures, Congress and the courts. Equally vital, MALDEF advances an affirmative agenda of immigrant integration, education for English Language Learners and political empowerment of the Latino community. Never before has the need been greater for advocacy and education that will open doors to the American dream. Your support of MALDEF will immeasurably help our cause for the fair treatment of Latinos in the classroom, workplace, and the courtroom. Together, we can continue to make a real difference in the lives of the Latino community.”

Human Rights Campaign Foundation | Not Tax Deductible | n.a.
“The Human Rights Campaign represents a force of more than 1.5 million members and supporters nationwide. As the largest national lesbian, gay, bisexual, transgender and queer civil rights organization, HRC envisions a world where LGBTQ people are ensured of their basic equal rights, and can be open, honest and safe at home, at work and in the community.

Trevor Project | Tax Deductible | A
“Holidays can be difficult for LGBTQ youth who feel all alone. In fact, winter is the busiest time of year for our emergency response volunteers. Last winter, we spent 402,300 minutes talking with youth who reached out to us for help. And this season, we’re taking steps to be as prepared as possible when the phone rings.$30 helps us talk to one youth for 30 minutes and $60 helps keep our lines going for nearly an hour. With your help this season, we can fully ensure that LGBTQ youth know they are never alone.”

MoveOn.org | Not Tax Deductible | n.a.
“MoveOn is the largest independent, progressive, digitally-connected organizing group in the United States. Launched in 1998, MoveOn pioneered online organizing and advocacy techniques that have become standard in politics, nonprofits, and industry in the U.S. and worldwide. We combine rapid-response political campaigning with deep strategic analysis, rigorous data science and testing, and a culture of grassroots member listening and participation that allows us to consistently and quickly identify opportunities for progressive change–and mobilize millions of members to seize them. MoveOn members step up as leaders by using the MoveOn Petitions DIY organizing platform to create their own petitions and campaigns to drive social change.”

American Refugee Committee | Tax Deductible | A+
“Everything we do begins with the people we serve. They know better than anyone the challenges they’re facing, the things they need, and what will make the biggest difference in their lives. When we deeply understand their experience, we’re able to co-design solutions that create new value and make meaningful change.”

Anti-Defamation League | Tax Deductible | B+
“FIGHT ANTI-SEMITISM AND BIGOTRY
So much to do.
So much ADL can do.
So much it MUST do!

Your gift will allow us to:
Monitor hate groups
Fight bigotry in the courts
Pass laws that bring equal justice for all
Educate the next generation to reject bias and bullying”

American Foundation for Suicide Prevention | Tax Deductible | n.a.
“The American Foundation for Suicide Prevention (AFSP) is the leading national not-for-profit organization exclusively dedicated to understanding and preventing suicide through research, education and advocacy, and to reaching out to people with mental disorders and those impacted by suicide.”

Planned Parenthood | Tax Deductible | A-
“Women’s health and rights are under unprecedented attack right now. Everything from affordable birth control to access to safe, legal abortion is at risk. Your donation today will help us fight against the extreme attacks — to protect access to safe and legal abortion, fight for sex education for young people, and so much more.”

National Organization of Women  | Tax Deductible | n.a.
“NOW is the largest organization of grassroots feminist activists in the United States, with hundreds of thousands of contributing members. Your donation provides critical funding for our work on:
Abortion rights and access to reproductive health care
Economic equality
Fighting racism and bigotry against the LGBTQIA community
And ending violence against women”
You can also go here for a Non Tax Deductible donation that also funds grassroots operations.

Emily’s List | Not Tax Deductible | n.a.
“Very simply, we work to elect pro-choice Democratic women to office. And we cannot do it without supporters like you.” 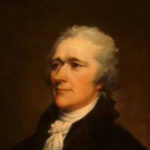