An Open Letter to the Electoral College 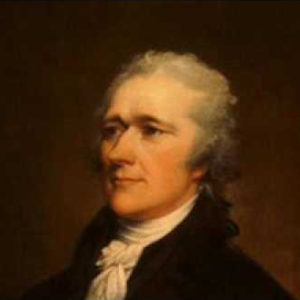 For too long, the people of this country have failed to understand the workings of and wondered at the very existence of the electoral college. In the Federalist Papers (No. 68, written by Alexander Hamilton) it is stated that:

as also peculiarly desirable to afford as little opportunity as possible to tumult and disorder. This evil was not least to be dreaded in the election of a magistrate, who was to have so important an agency in the administration of the government as the President of the United States. But the precautions which have been so happily concerted in the system under consideration, promise an effectual security against this mischief. The choice of SEVERAL, to form an intermediate body of electors, will be much less apt to convulse the community with any extraordinary or violent movements, than the choice of ONE who was himself to be the final object of the public wishes. And as the electors, chosen in each State, are to assemble and vote in the State in which they are chosen, this detached and divided situation will expose them much less to heats and ferments, which might be communicated from them to the people, than if they were all to be convened at one time, in one place”

We are in that tumult and disorder now. Donald Trump, during his campaign and in his staffing choices since November 8, has “convulsed the community with an extraordinary and violent movement” against the marginalized people of this country: the immigrants, Muslims, women, LGBTQ community and more.

“The process of election affords a moral certainty, that the office of President will never fall to the lot of any man who is not in an eminent degree endowed with the requisite qualifications. Talents for low intrigue, and the little arts of popularity, may alone suffice to elevate a man to the fir

st honors in a single State; but it will require other talents, and a different kind of merit, to establish him in the esteem and confidence of the whole Union, or of so considerable a portion of it as would be necessary to make him a successful candidate for the distinguished office of President of the United States. It will not be too strong to say, that there will be a constant probability of seeing the station filled by characters pre-eminent for ability and virtue. And this will be thought no inconsiderable recommendation of the Constitution, by those who are able to estimate the share which the executive in every government must necessarily have in its good or ill administration. Though we cannot acquiesce in the political heresy of the poet who says: “For forms of government let fools contest That which is best administered is best,” yet we may safely pronounce, that the true test of a good government is its aptitude and tendency to produce a good administration.”

Donald Trump is not endowed with the requisite qualifications, having never held any elected office, being surprised at the scope of the office upon allegedly winning it and treating the office as a part-time hobby rather than a dedication of his life to serving the public (the WHOLE public) he is supposed to represent.

Donald Trump is defined by his talents for low intrigue, gets by on the arts of reality TV popularity and lacks the other talents and kinds of merit that would afford him “the esteem and confidence” of a large enough portion of the the Union “necessary to make him a successful candidate.” He is dividing this nation, emboldening hateful acts of violence, refusing to speak out against them with any authority and spends his time on social media chastising those who are exercising their rights to speak.

Donald Trump lacks the “aptitude and tendency to produce a good administration,” as he has thus far gathered a collection of advisors and cabinet members who hold specific prejudices against entire segments of our diverse society; as of November 21 these include:

Senior Counselor/Chief Strategist: Stephen Bannon. An alt-right leader who is considered by many to be racist, anti-Semitic and misogynist.

Attorney General: Jeff Sessions. The man who will decide which federal legal cases to pursue, including those regarding Civil Right, was rejected for a federal judgeship under President Reagan because he “joked” that he was okay with the KKK except that they smoke marijuana.

The ongoing opposition to Donald Trump is not, as it may have been in years past, a simple matter of people being disappointed that their candidate lost. This is a matter of the candidate who allegedly won not being the true will of the people (his opponent received more than 1 million votes than he), and of showing incredible signs of compromised values and ethics before even taking office.

The “blind trust” that his businesses should have gone into are going to be run by his family members, the same members he wants to grant security clearance to and who are attending his meetings with diplomats.

He took foreign diplomats on sales tours of his Washington Hotel and left them with the impression that staying there would grant them additional favor with them… which is not only profiting from his position in the executive branch, but putting American policy decisions up for sale.

His campaign has had documented affiliation with the Russian government — a government that has been linked to hacking activity on the DNC and is suspected by our federal government of hacking the electoral information in Florida and possibly beyond. He explicitly, publicly requested a hack American citizens regarding Hillary Clinton’s emails.

His surrogates refer to a list of enemies, betrayers and vocal opponents that he intends to not only hold a grudge against, but take action against. His game-show winner associate Omarosa said those on the list would need to “bow down” to Trump, and explicitly mentioned that former presidential candidate Mitt Romney is at the top of the list.

A spokesman for one of his Super PACs referenced Japanese internment camps as a precedent for registering and deterring Muslim citizens of America.

He has already limited and proudly asserts that he will continue to limit the press in their ability to inform the public about their government.

According to the Southern Poverty Law Center more than 700 cases of violence, harassment and intimidation have occurred in the US since Nov. 8, including physical confrontation and property damaging graffiti such as swastikas and hate speech that includes TRUMP as a rallying cry.

For these reasons and so many more, December 19, 2016 is the moment in history that our founding fathers prepared us for by creating the electoral college. It is up to you to see this election for what it has been, a series of terrible decisions that resulted in less than one quarter of the eligible voters of this country electing to the highest office a man who lacks the skills, temperament and interest in serving the public required of a President of the United States.

The damage he can do to the good people of this country and to our nation’s reputation throughout the world poses a genuine danger to our Republic. It is your duty, as members of the electoral college, to correct the course based not only upon all of the evidence presented herein, but the overwhelming will of the voters themselves, who by more than a million votes voiced their support for another to hold this vital office.

Do not be afraid to do something for the first time. You will without question be on the right side of future history when you do.

You, like the officials we elect, have been chosen to serve the people of this country and it is your responsibility to do so faithfully. They call an elector who votes against the outcome of an election a “faithless elector.” However, it will be the ultimate act of faith in our system for you to stand up for the body of which you are a part, defend its very existence, and prove for the first time in history what it was created to accomplish. It seems clear that organizations such as the ACLU will have your back should the legality of your action be questioned.

Vote against Donald J. Trump on December 19, 2016 and do your country proud. 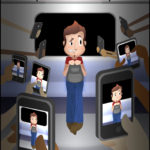