Ten days ago, like what seems like everyone else on the planet, I was overwhelmed with sadness to learn that Robin Williams had taken his own life. Every day since then I’ve thought about posting something about the way I feel, only to realize that words are escaping me. I sat and watched as Taran quickly took up a pen and drew a sad Genie while we watched The Fisher King. I stared at a blank page for a while, then finally decided that when the words were ready, they would come.

Meanwhile, I’ve clicked on the endless links that are being passed around social media and I’ve gravitated toward whatever movie is playing that stars him. (Now playing, RV. Seriously.) I TiVOed the Oprah Winfrey Network for the first time ever to watch her old interviews with him.

I still haven’t quite found the perfectly poignant words that will reflect what I’m feeling, and I certainly haven’t found anything that makes me feel all better. But I will say that I’ve been so grateful for modern technology in this time. What strikes me most about this experience is that this is the first time I’ve seen the passing of a public figure have such an all-inclusive impact on so many different kinds of people in so many different kinds of places.

Even when I know that somewhere there are people looking at numbers and salivating, I think there’s at least an element of collective celebration in what most in media are doing.

One of the earliest links I clicked on was a collection of tweets from celebrities as the news was first spreading. The journalist in me should cringe, but I have to admit it was a smart, fast reaction, and seeing the outpouring of responses meant something. I kept searching for Comic Relief pals Whoopie Goldberg and Billy Crystal. Whoopie never seemed to surface, and Crystal (who’ll honor Williams during the annual In Memoriam segment of the Emmys on Monday) simply tweeted “No words.” That night Williams’ daughter Zelda shared an amazing quote from The Little Prince that was pretty much the tweet to end all Williams tweets.

President Obama released a statement that not only summed up what Williams meant to his audience, but started to hint at a generosity of time and talent that he never publicized.

Then my attention turned to stories those who knew him were telling. Mara Wilson, who played the daughter in Mrs. Doubtfire, shared a personal story that gave a glimpse of the actor’s true character. Comedian Jim Norton wrote a brave opinion piece that explained his own experience with depression, but also shared some moments in time that he’d spent with Williams.

These moments seem to happen to a lot of people. The night after Conan broke the news about Williams’ death to his audience as he found out while he was taping his show, he had his thoughts more collected and he told a story about Williams buying him a bike to cheer him up. ?uestlove remembered Williams with a story about his unlikely knowledge of the Roots. Norm Macdonald tweeted an entire tale about an audience-of-one performance Williams gave him.

Jimmy Fallon’s tribute on Tuesday was bittersweet — touching, but funny at the same time. He did a great impression and shared Williams’ first appearance on the Tonight Show. David Letterman was on hiatus when the news broke, and as soon as he came back he started his show with a ten-minute tribute that included telling stories about the man he knew for nearly four decades and an amazing personal photo.

All kinds of celebratory/grieving links have been circulating. The Broadway cast of Aladdin held an audience sing-along of “Friend Like Me.” A fan montage video set to a monologue from Jack caught a lot of traction. A photo of residents in a Syrian town quoting Genie made the rounds. Time magazine’s rounded up 101 Williams roles, Buzz Feed collected his 29 greatest performances, but more importantly, impressively, and selflessly posted staff stories about depression.

So much out there has made me feel less silly about taking the death of someone I didn’t know so personally, caused me to laugh, allowed me to reflect, and given me an outlet for the pent-up sadness. I realize there’s nothing in the world — no words or pictures or videos or gestures — that can fill a Robin Williams-shaped hole in the heart. I won’t say the world is less anything without him in it, because he did more than his fair share of making the world a better place, and he left behind more joy than anyone else I can think of. I just wish those of us he saved so many times in so many ways had been able to give him back even a fraction of what he’d given to us so that maybe he’d still be here. 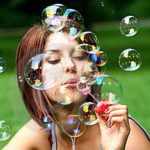